Ammo Magazine invited My Poor Brain to be one of 54 character designers to exhibit at their Poop Deck exhibition in the Coningsby Gallery, London. Each designer created a nautical themed character to adorn a playing card – combined to create a full deck.

I was given the task of designing the Undead Helmsman. I introduced a narrative to the character – a humorous way in which he became ‘undead’. As a pirate, a sword to the head would be an honourable way to go, however while he did die from a sword to the head, it’s not the kind of sword you might expect…

View my artist profile on the Poop Deck website. 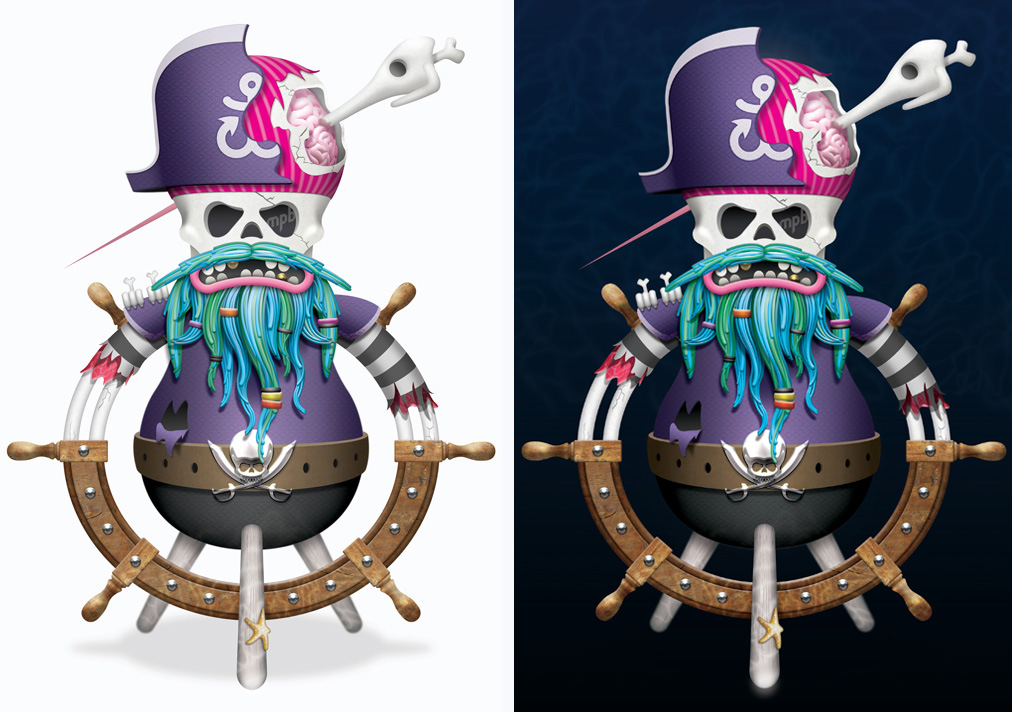 But how did his parrot die? 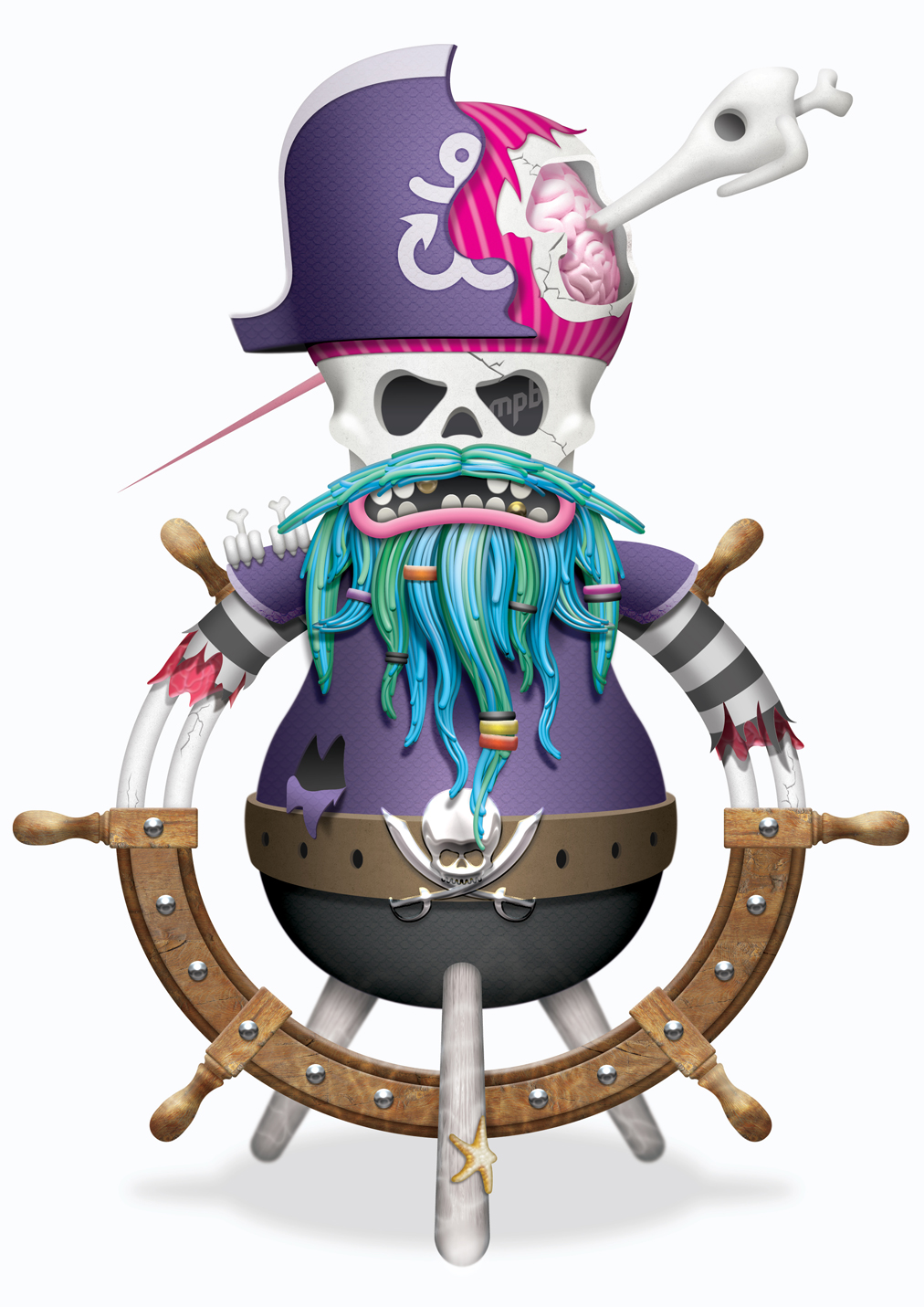 Hook hand? Peg leg? This pirate can do one better than that…

AS THE HELMSMAN, THE SHIP’S WHEEL IS THIS PIRATE’S HOOK HAND OR PEG LEG. 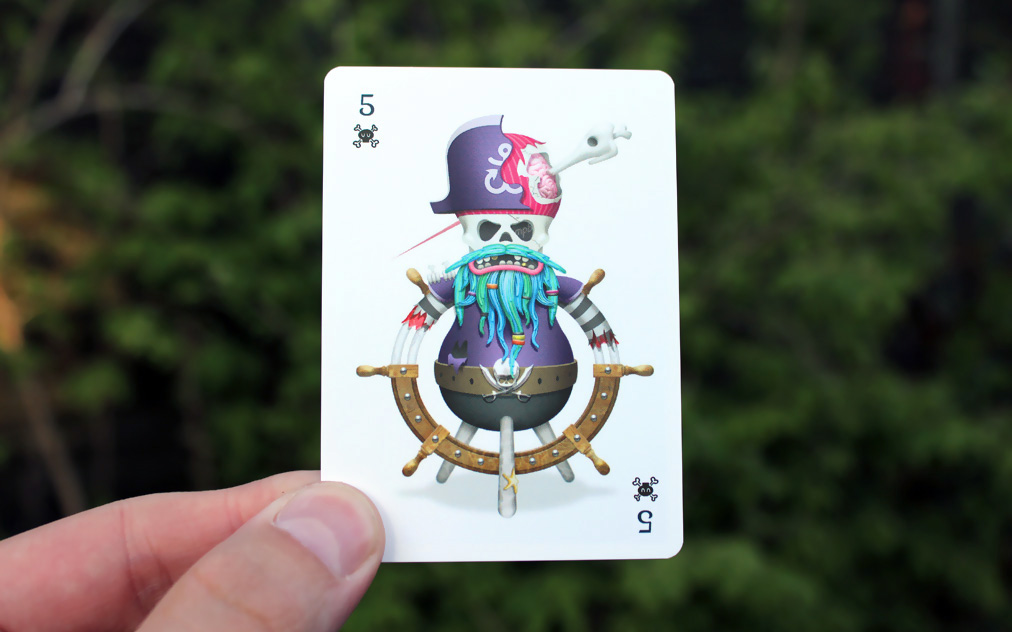 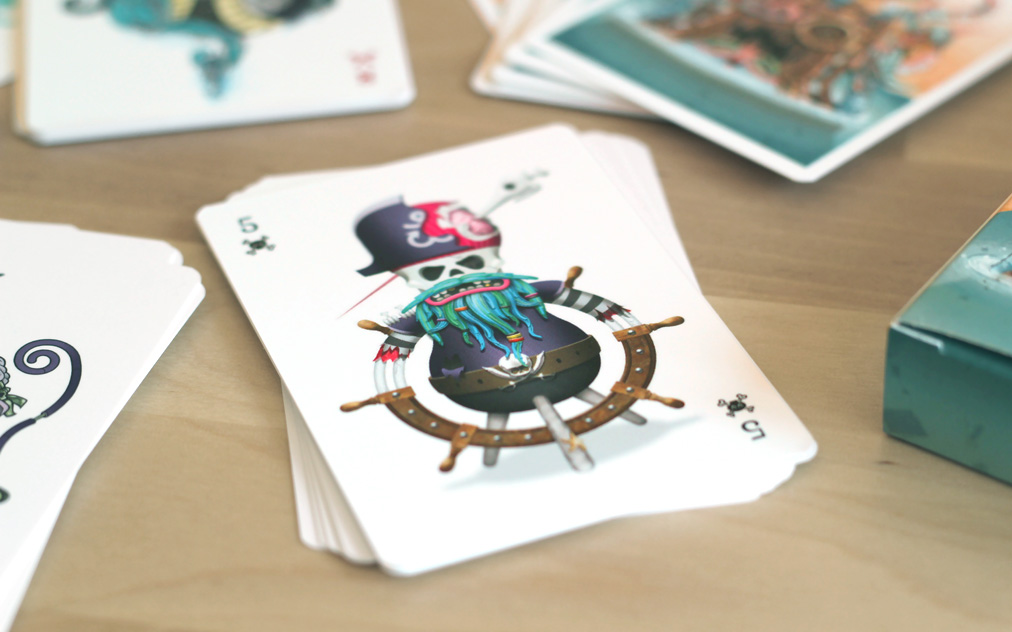 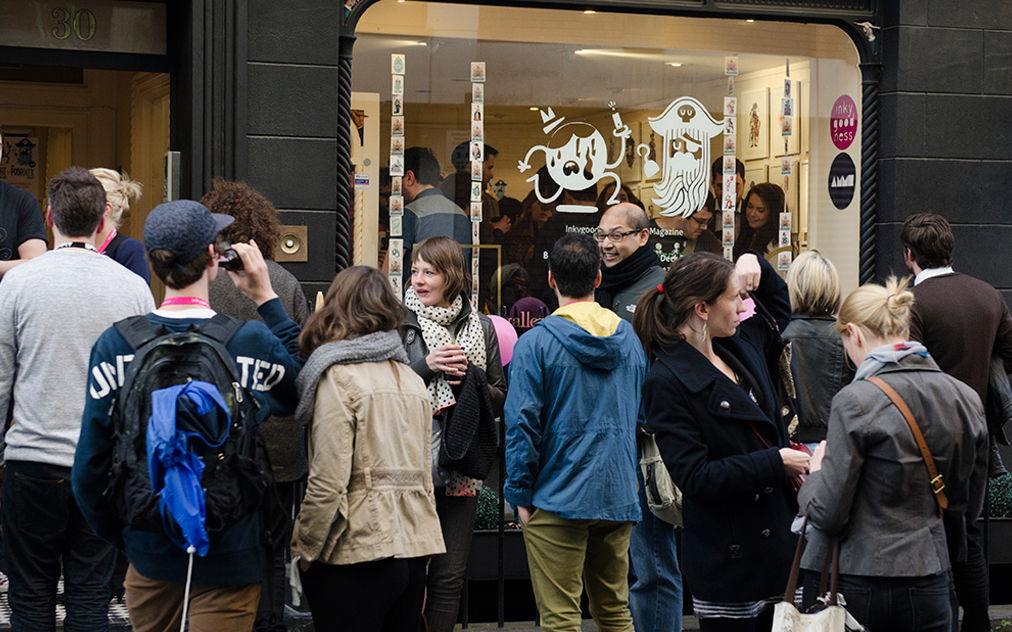 The Helmsman was hung at Ammo Magazine’s Poop Deck exhibition in the Coningsby Gallery, London. 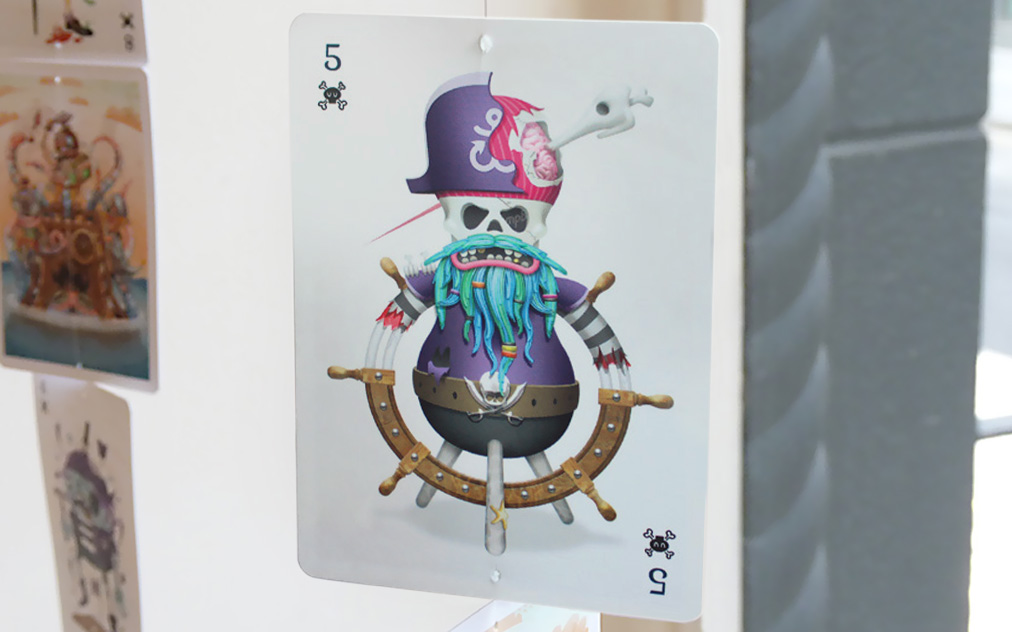 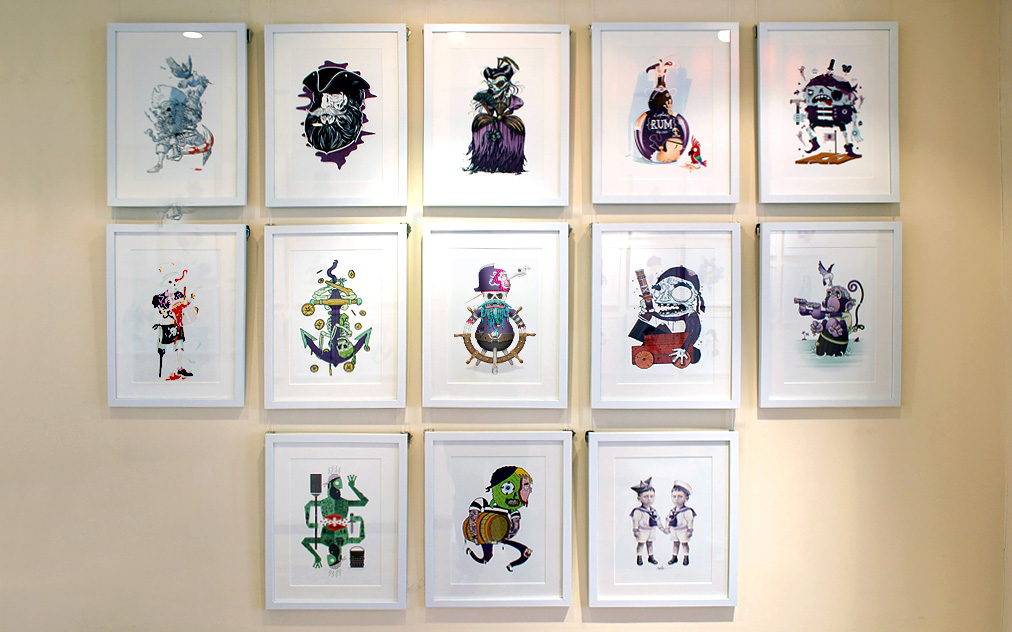 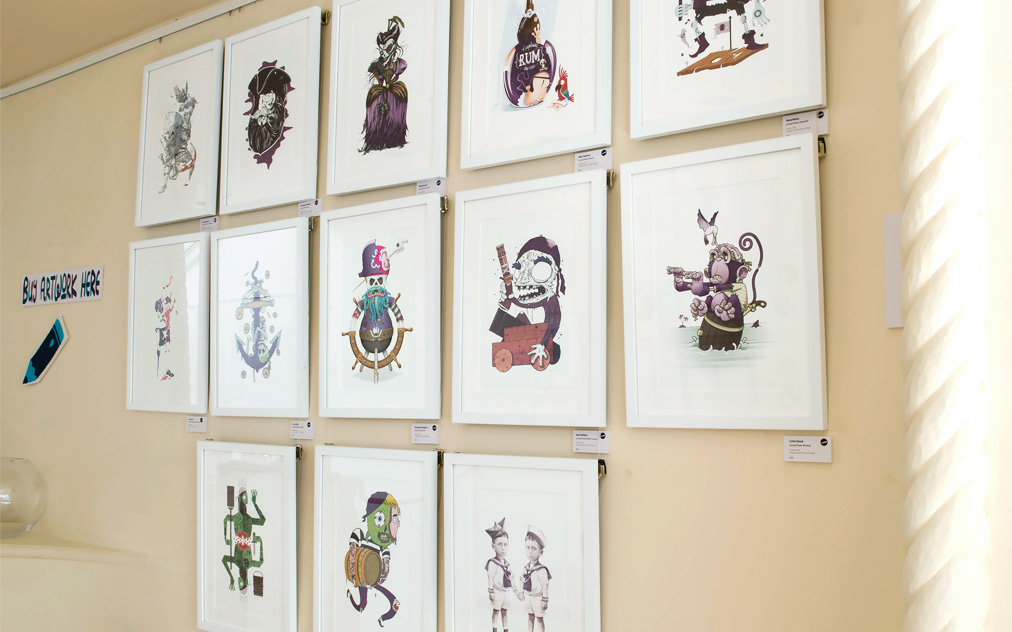 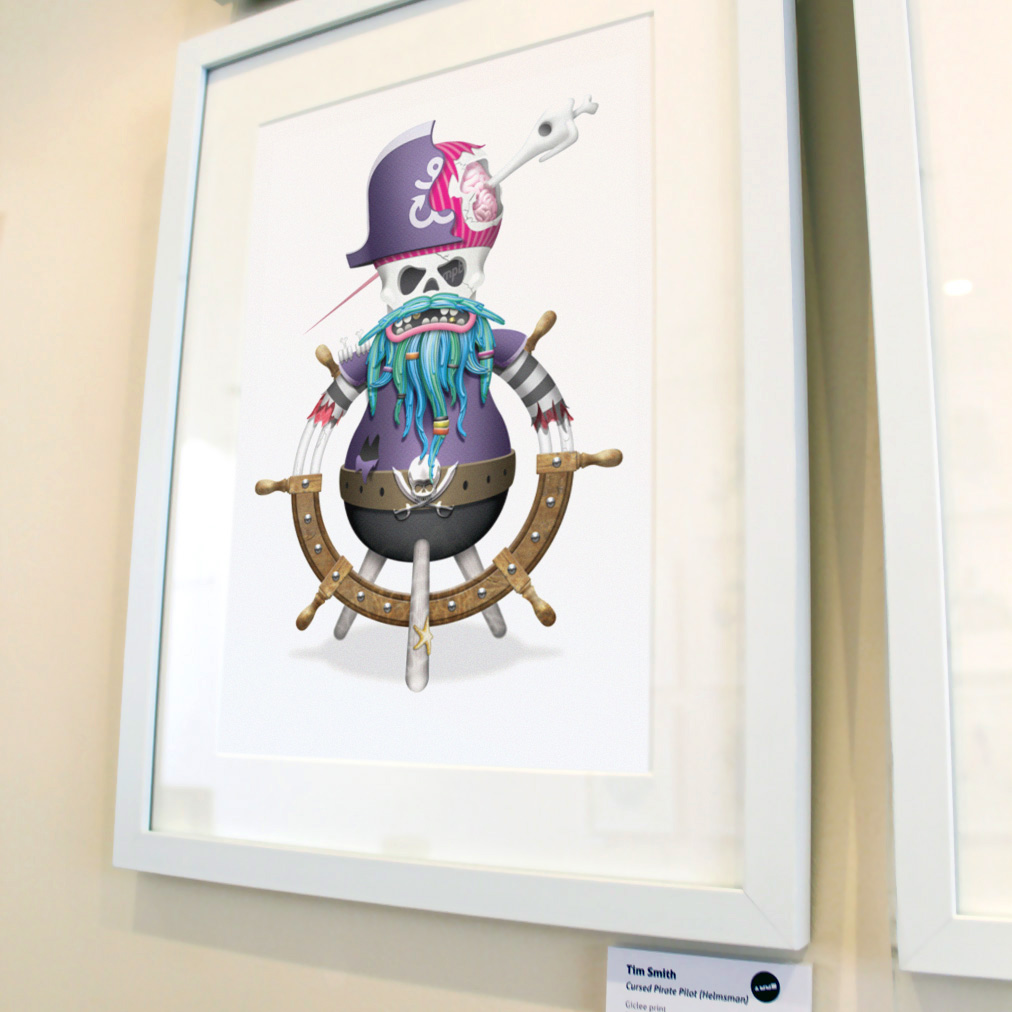 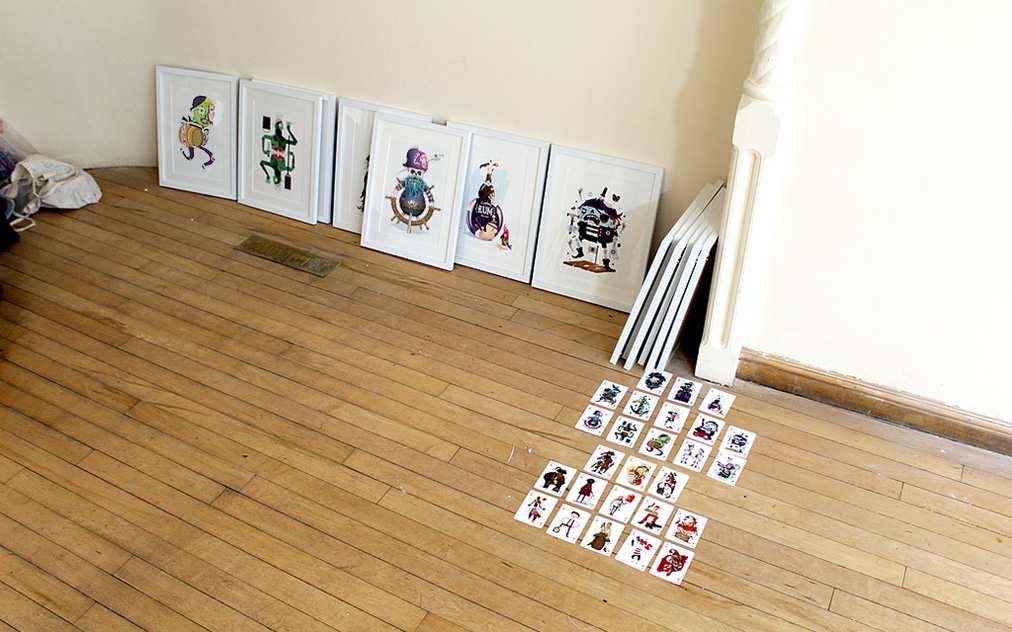 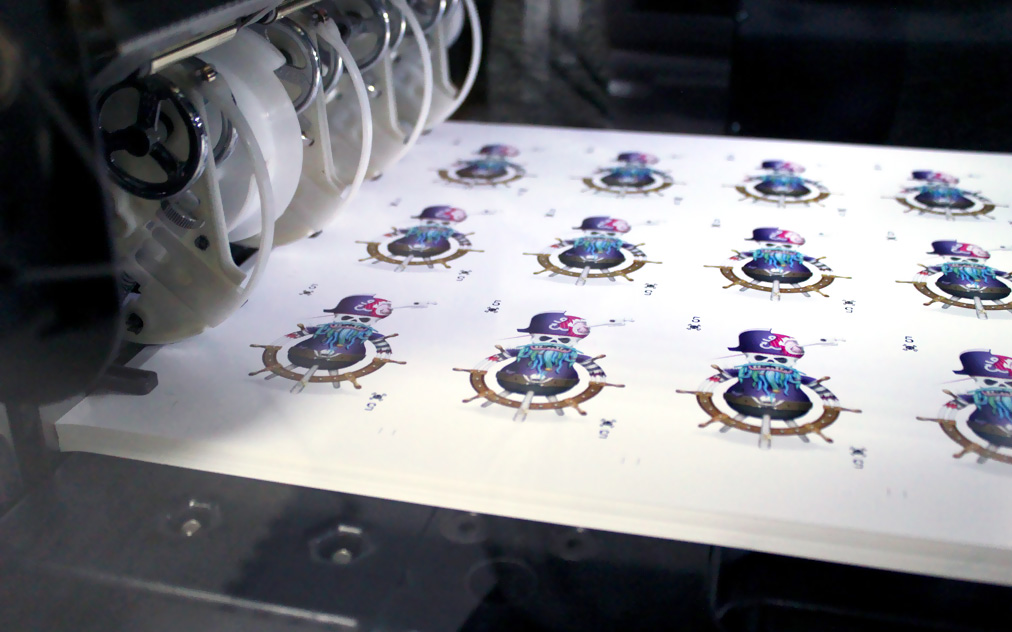 The cards being printed. 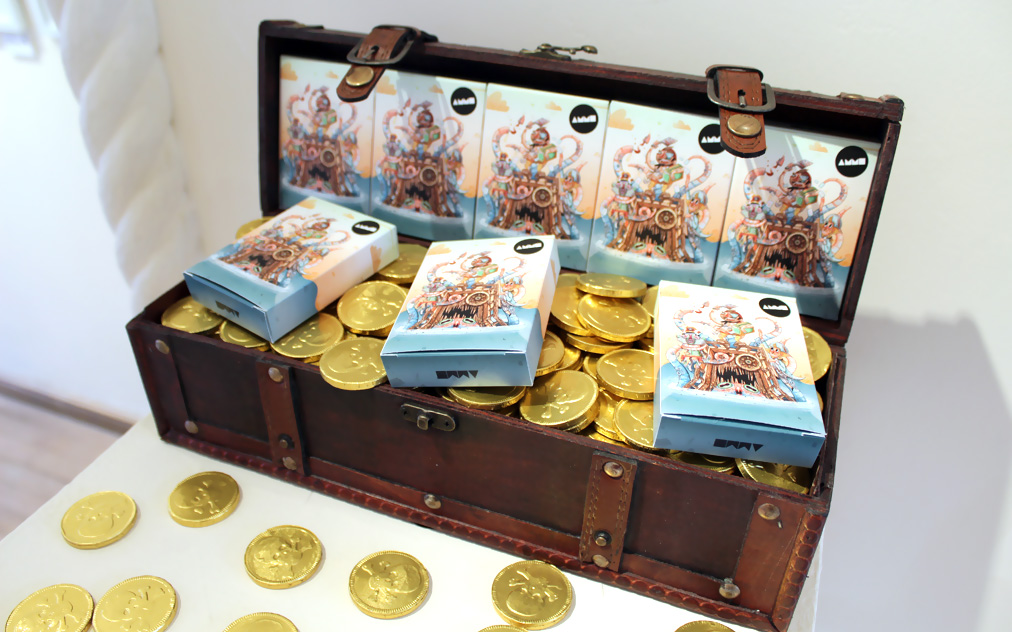 The Helmsman features as part of a full deck of playing cards by 54 international character designers.