Drench is the first isometric / 3D tower defence game ever (so I’m told). Take on the fight for fresh water in this game of strategy and speed. Use the five new technologies that scientists are developing in the real world to capture fresh water vital for growing food and keep the rising population alive in an increasingly demanding world.

Drench can be played at the Science Museum in London. 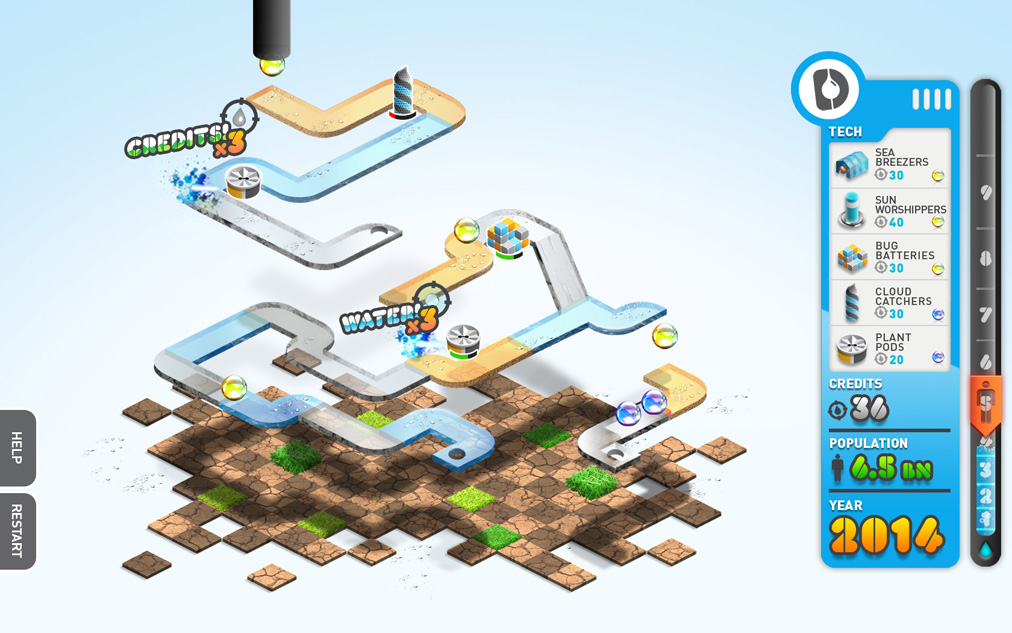 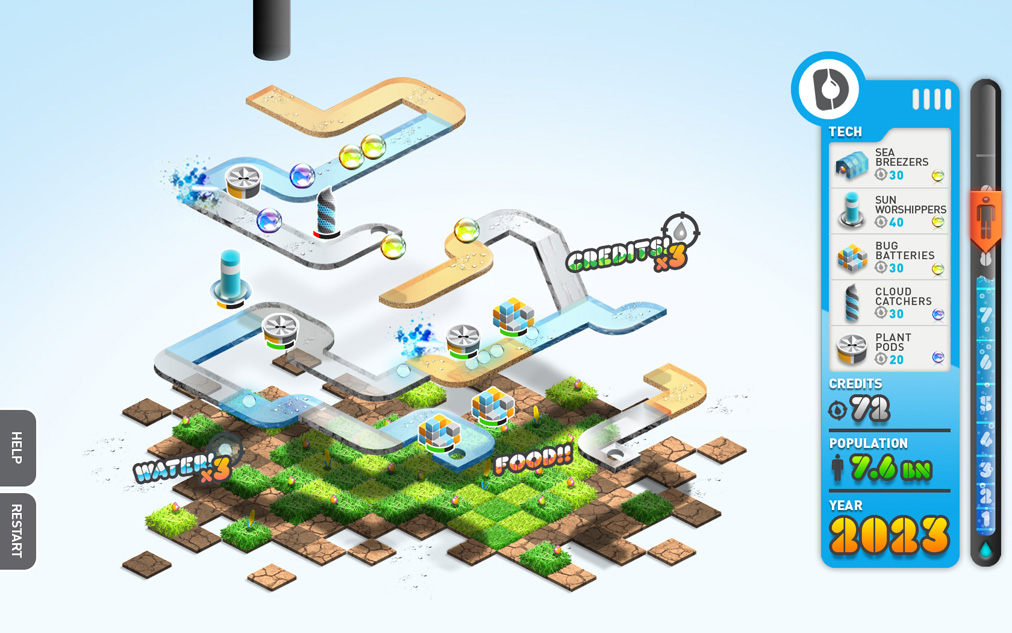 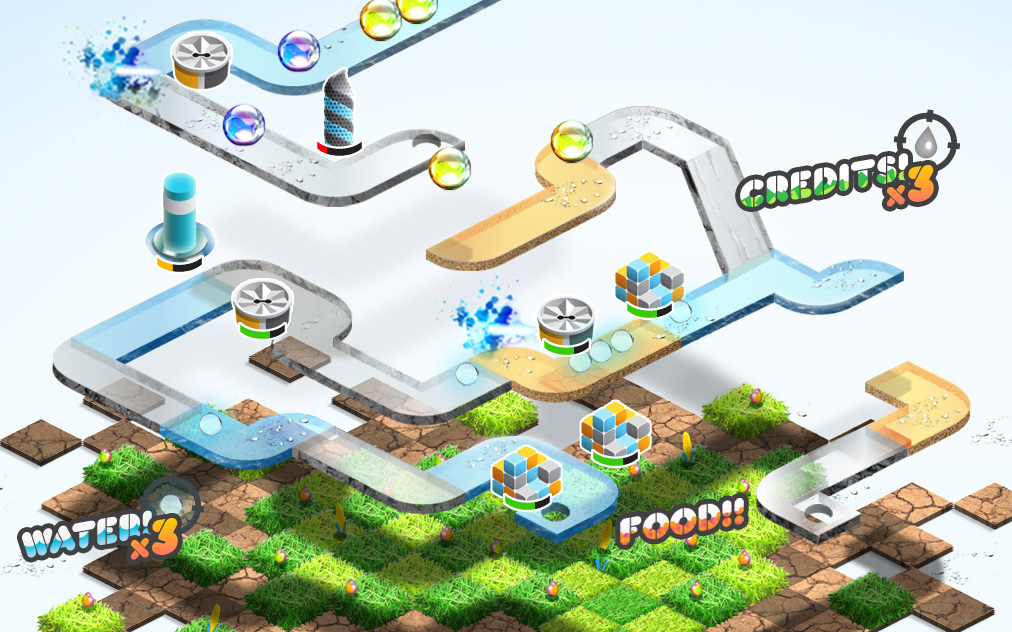 DRENCH IS THE FIRST ISOMETRIC TOWER DEFENCE GAME EVER… (SO I’M TOLD). 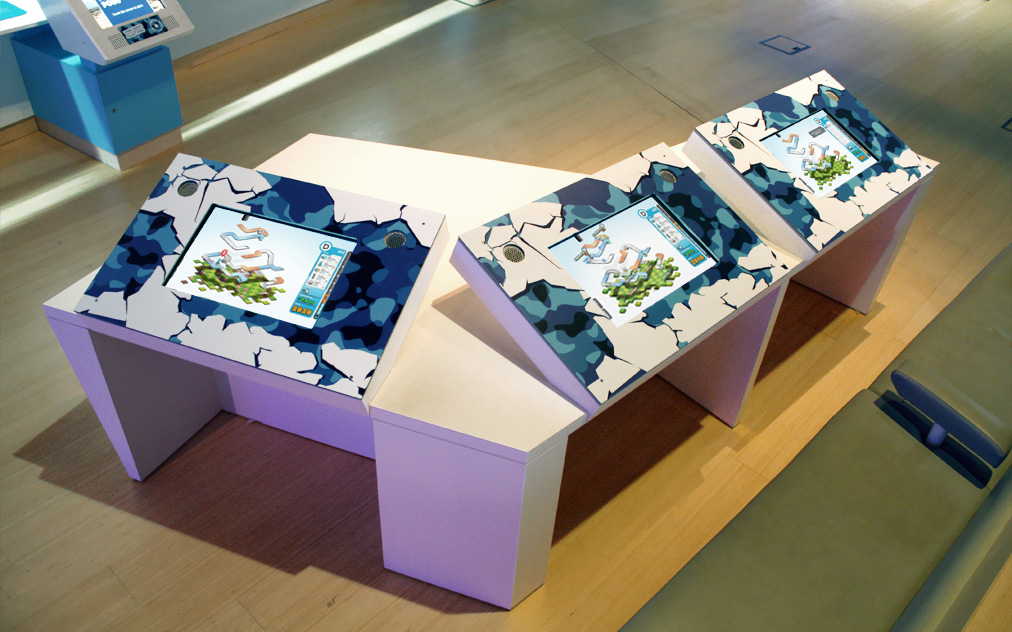 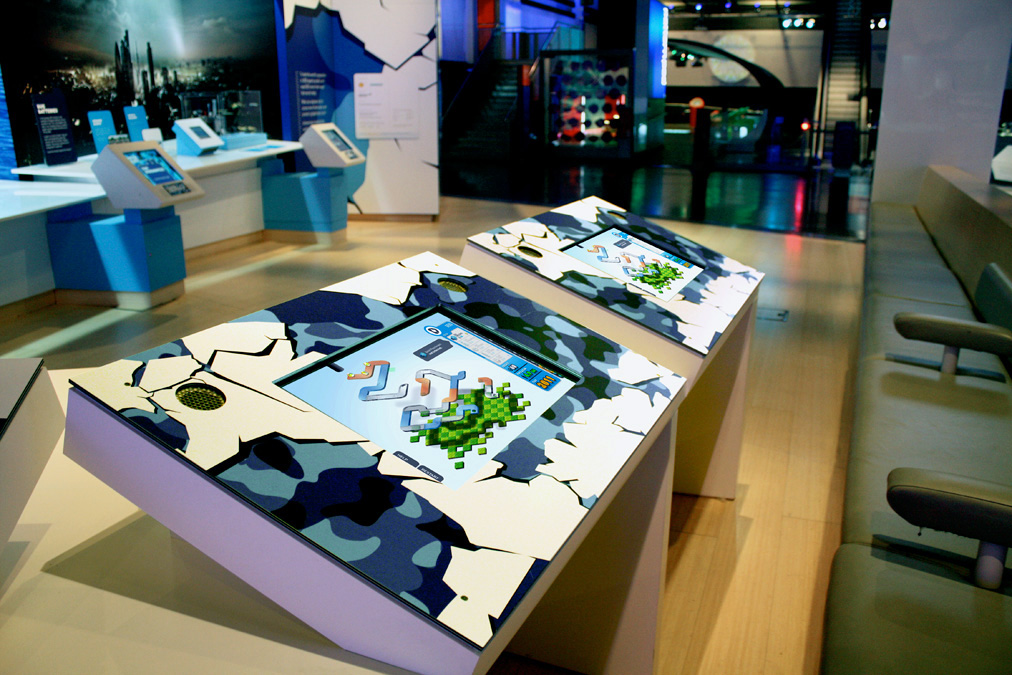 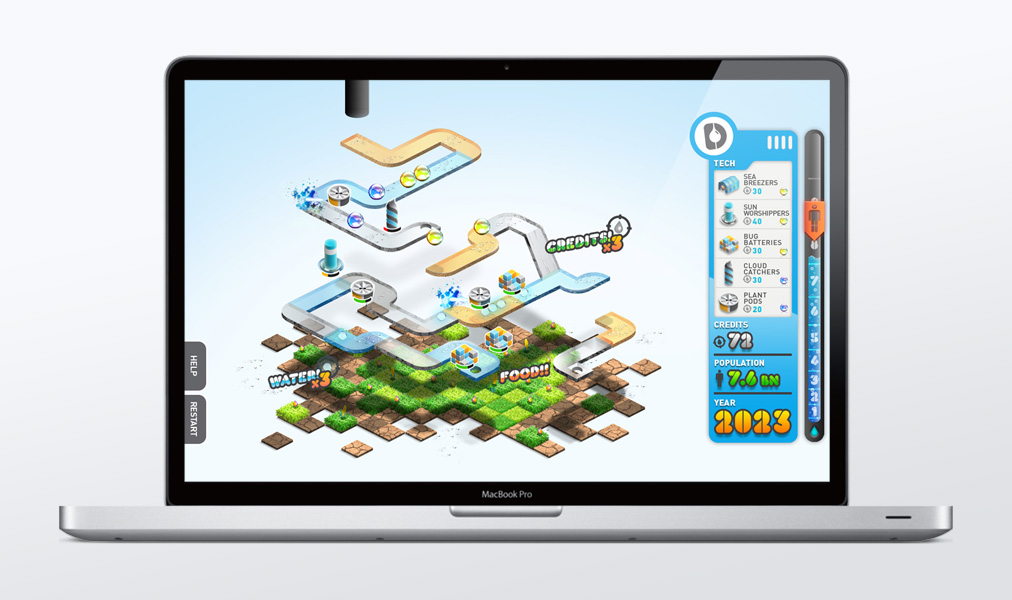